The Neon Museum has been on my Vegas wish list since I caught a glimpse of pictures of the vintage neon signs a few years ago. On this recent trip to Sin City, my dream came true and this non-profit museum was part of our itinerary. I was stoked.

We headed over just as the sun was setting and were treated to a spectacular desert sunset as we zoomed along the highway. We passed by the bright lights of Fremont Street and downtown Vegas, and continued on until we found the unmistakable sign signaling we had made it with time to spare.

After parking we headed to the edge of the parking lot where we took in the vast, sparkling landscape of the city at twilight. For me, dusk is when the city truly shines.

Right in front of the museum, we passed by the famous Silver Slipper sign sparkling against the setting sun. A moment later we entered the museum’s visitor center that was housed in the mid-century modern design of the historic La Concha Motel lobby built by renown architect Paul Revere Williams in 1961, signaling that we had finally made it. 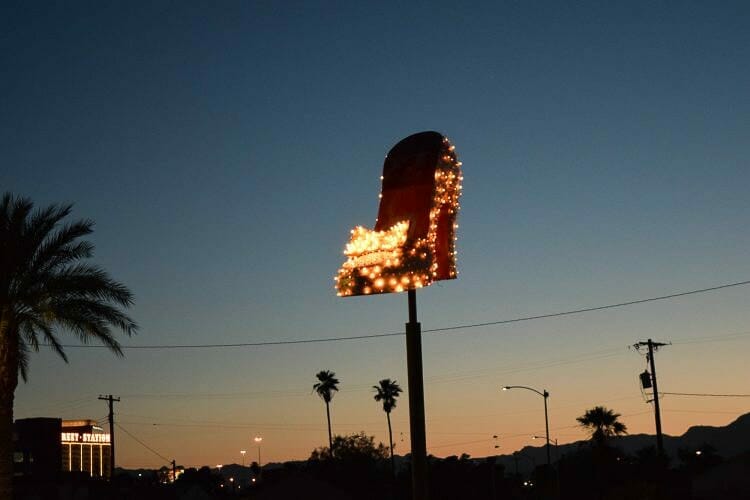 A Little Background on the Museum

This museum was opened in 2012, 16 years after it was founded (it takes a looong time to relocate and restore these signs). The wait was worth it because there are over 200 neon signs within the Boneyard itself, and 11 that are fully restored to their illuminated glory. Before the signs found their new home, they were being stored outdoors by the Young Electric Sign Company and were in various degrees of disarray. 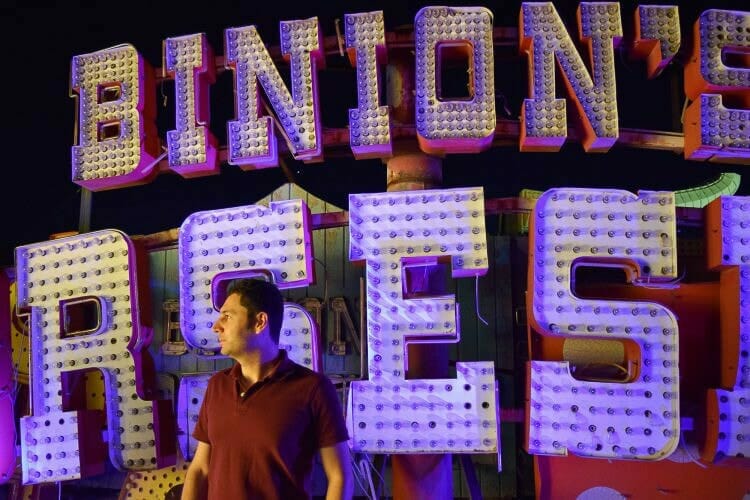 But The Neon Museum remedied that. There is also the Neon Boneyard North Gallery which is home to 60 additional signs and features the Brilliant! Program, a nighttime light and sound show that takes visitors through Vegas history with illuminated signs, colorful lights, and a soundtrack of the world’s most celebrated musicians. 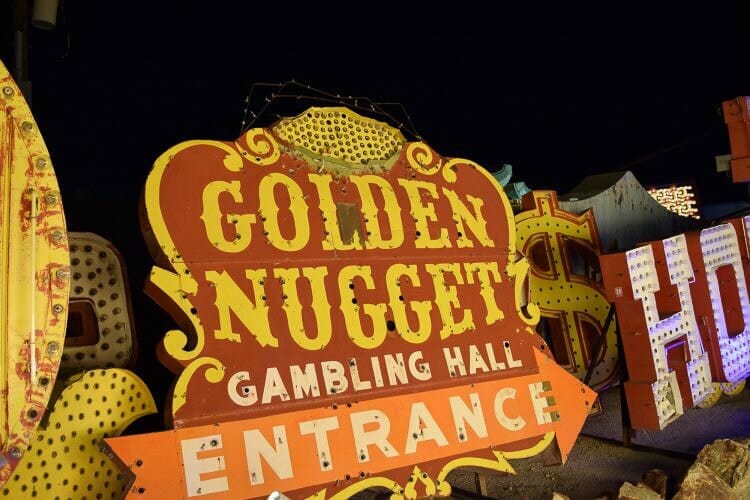 We gathered inside next to the gift shop to start our tour a got an introduction by our tour guide Jamie, a Las Vegas native and expert on the city’s storied history. We walked down a rocky path and were introduced to some of the most iconic signs of Vegas, including Caesars Palace, Stardust, the Golden Nugget, and Binion’s Horseshoe.

Most of the signs were lit from the ground, making the ones that were fully restored stand out even more. 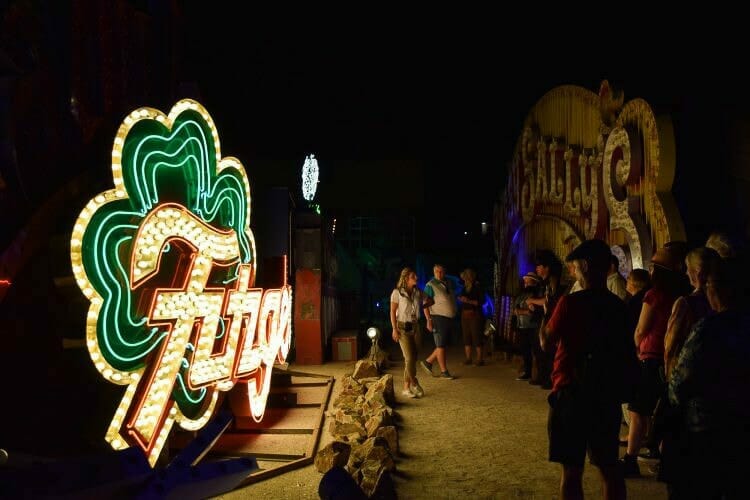 One of the most unexpectedly thrilling things about being so close to neon is hearing the crackle of neon being transmitted through the tubes and the surprising warmth. Neon signs are usually so far out of reach, that being so close to one reminded me of being near fire, it had such an undeniable presence.

I loved hearing about the history associated with each sign, and afterward Mustafa and I agreed that we’d love to time travel back to Las Vegas when it was much more colorful and glamorous in the past, especially in the 1930’s when it was just starting to be built up into the city it is today. 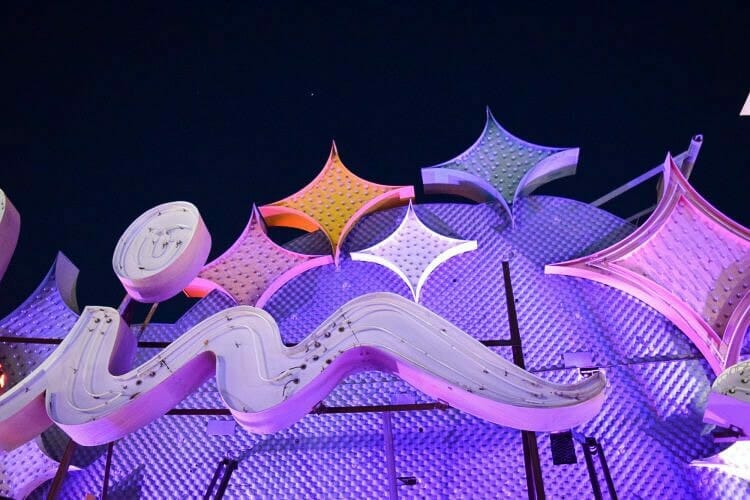 Make sure to sign up for a guided tour well in advance since they sell out quickly (tours are available a month in advance).

Dress appropriately-wear close-toed shoes since there a gravel path for the duration of the walk, layers, and hats during the daytime since there’s not much shade.

I highly recommend the nighttime tour because you get a chance to see everything lit up, plus you don’t have to deal with the heat.

If you’re interested in seeing the Brilliant! Show or visiting the nearby Mob Museum, there is a discounted ticket combo with the Neon Museum.

Have you been to the Neon Museum in Las Vegas?