Milk bars are one of the things I look forward to when I come back to Poland. It’s mainly due to nostalgia for my days as a student in Krakow, when I could get a delicious homemade meal for a few dollars. For me there’s nothing that reminds me of Poland more. 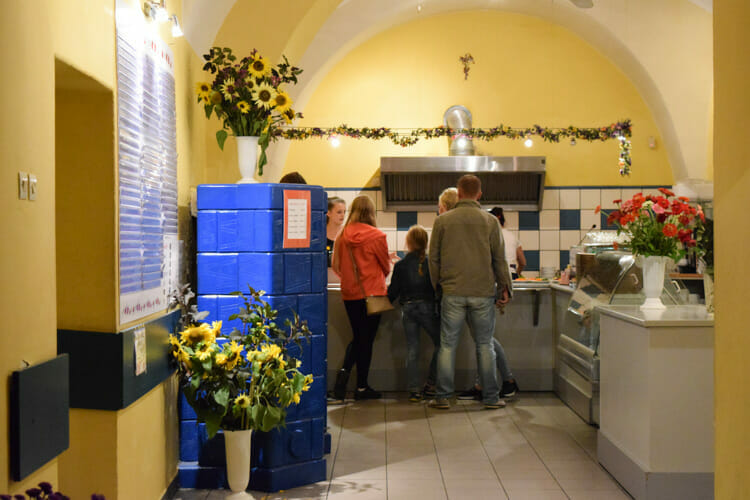 Milk bars were around in Poland in some form since the late 19th century, but became more popular after World War II, when communism caused a lot of restaurants to close, leaving only these cheap cafeteria-style canteens. Originally, milk bars served mostly vegetarian dishes, including a lot of dairy-based dishes (hence the name), but now there are plenty of meat-centric dishes as well.

Upon entering you are presented with a daunting menu of dishes that may or may not be in English. Service is self-serve, where you are expected to order at the cashier, and then wait for your food (which usually appears in seconds). The atmosphere is barebones, where you will sit among students, tourists and other locals looking for a quick meal. 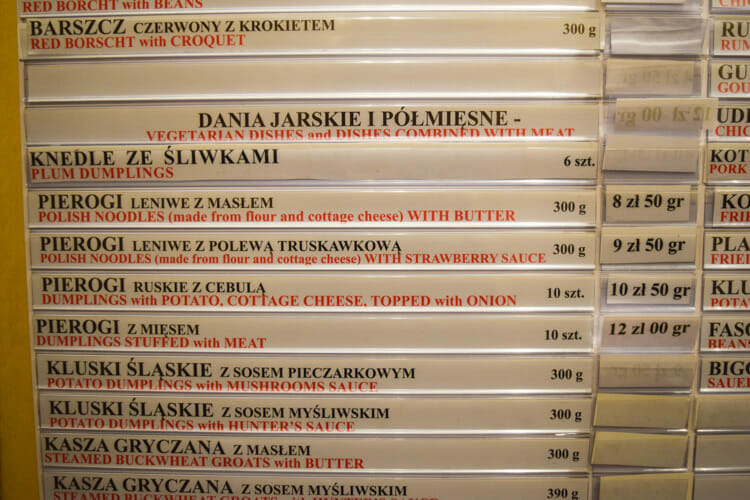 For those who are unfamiliar with the expansive menu, below is a guide on what to expect. Dishes are usually divided up into roughly the following categories: 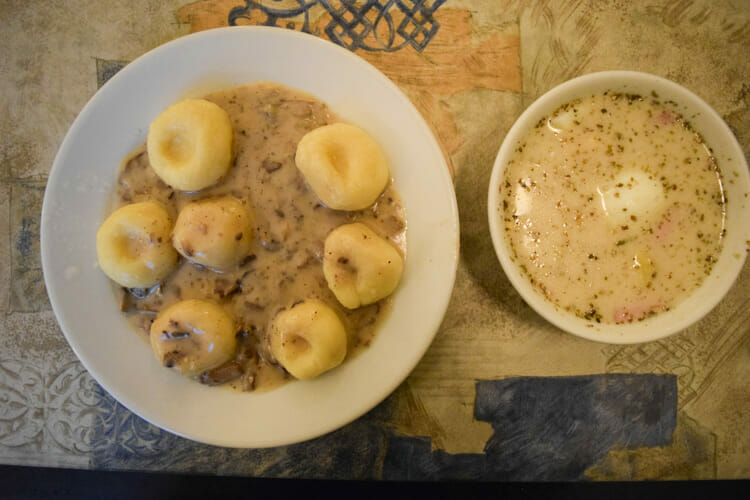 Milk bars are usually a solitary affair, where customers sit in silence by themselves. At the end of the meal you are expected to clear your dishes to a nearby dish cart or a dish window.

Have you ever been to a milk bar before? What are some of your favorites?